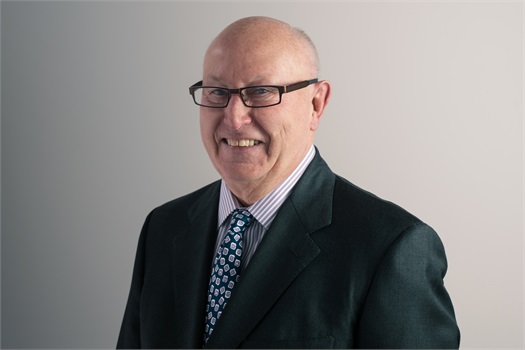 John grew up in Granite City, Illinois and graduated from SIUE with a BS in 1970.

He married his wife Cheryle in 1970 and has two daughters; Christine and Kelly.  Kelly and her husband Kevin has blessed John with 4 grandchildren; Olivia, Harrison, Piper, and Sutton who are the highlight of his life.

John started his practice in April of 1978 while teaching and coaching at Granite City High School.  He made a career change in January of 1980 after being recognized as The Franklin Life Rookie of the Year award winner.  This gave John an opportunity to be invited into an executive program at the corporate level.  In less than a year and a half, John was promoted to Vice President at Franklin Life.

In May of 1984 John was offered an opportunity to return home and serve the Gateway Region as Regional Manager of Franklin Life.  In 2000 AIG American General offered John a Regional Vice President job responsible for servicing the Midwest.

Today, John is owner and servant leader of Resource One Advisors.  His team has over 25 advisors with 200 years of combined experience in retirement, investments, and insurance planning.  Their mission is simple…serve you, their purpose is significant, serve God.

John has the following licenses: life, accident & health, Series 6, 7, 24, 26, 63 held through LPL Financial, is an investment advisory representative (IAR) with LPL Financial and has his CLF designation from The American College. 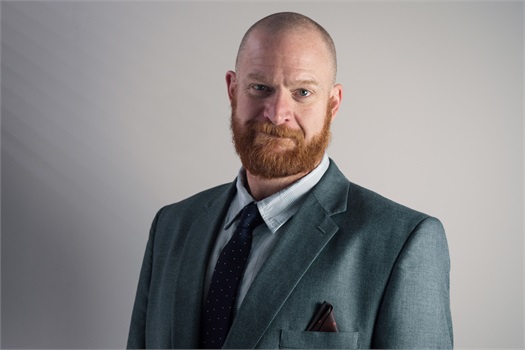 Andy grew up in Akron, Ohio and graduated from the University of Toledo with a degree in Sports Administration.

Andy married Christine in 1993 and they have six children; Drew, Jake, Avery, Lilly, Hannah, and Noah.

Andy spent nine seasons with the Rams. As a reliable force on the offensive line, McCollum started every game from 2000 until 2005. During his tenure with the Rams, McCollum was part of an offensive line that blocked for three NFL MVP’s and led the Rams to two Super Bowl contests.

McCollum’s success does not end on the field but can be seen off the field through his volunteer efforts. In 2006, McCollum was a finalist for the Walter Payton Man of the Year Award. He served as the chair for the Rams’ Bowl-a RAM-a event to benefit the Epilepsy Foundation of Metro St. Louis. McCollum continued in his efforts to support their cause by donating tickets to each home game to the organization. He also worked with the Down Syndrome Association to host a football clinic at Russell Training Center and served as the honorary chair for the organization’s annual golf tournament.

McCollum’s commitment to service did not end there. As a Rams’ center, he was active with the offensive line’s “Linemen in Motion” community efforts. During the holiday season, McCollum, along with other members of the O-line, would serve a Thanksgiving meal to those in need. The group also visited children at Cardinal Glennon Children’s Hospital. He works with fellowship of Christian Athletes and helps coach the FCA football camp. He is a volunteer coach with the Eureka High School football team and has coached youth football with Eureka Junior Wildcat Football for several years. He also teaches Sunday school and helps with the children’s/youth program at West County Community Church.

Andy joined Resource One Advisors LLC in 2011 and is life, accident & health licensed, has his series 6, 7, 24, 63, 65, held through LPL Financial,  and is an investment advisory representative (IAR) with LPL Financial. 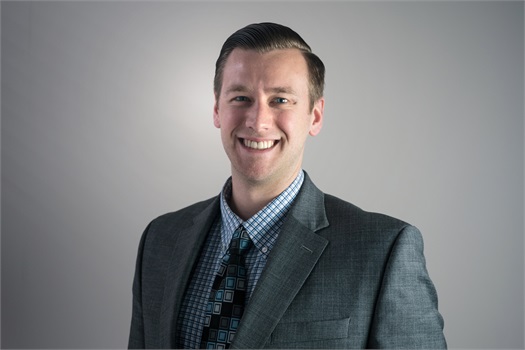 Isaac was born and raised in Washington, Iowa where he graduated high school in 2010. After high school Isaac attended Truman State University, located in Kirksville, Missouri. While in college Isaac was a member of the Men's Basketball team, a leader of the Truman chapter Fellowship of Christian Athletes, and involved with a local church.

Isaac graduated from Truman State in May of 2015 with a degree in Business Administration with concentrations in Finance and Marketing and has been with Resource One Advisors LLC since June 2015. He is life, accident & health and series 7 & 66 licensed held through LPL Financial, and is a investment advisor representative (IAR) with LPL Financial.

In his free time Isaac enjoys spending time with friends and family, volunteering with various ministries at his church and attending sporting events. 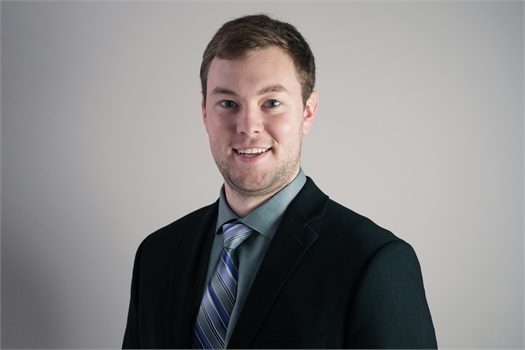 Andrew was born and raised in Pacific MO and attended Pacific High School, where he graduated second in his class in 2012. Andrew played both soccer and baseball in high school, earning All State honors his senior baseball season. He continued his baseball career at Tufts University in Boston, where Andrew graduated with a double major in History and Classics.

Andrew joined the Resource One team in July 2016 when he moved back to Missouri following his graduation from Tufts.  He has his life, accident and health license, is series 7 & 66 licensed held through LPL Financial, and is a investment advisory representative (IAR)with LPL Financial.

When he's not working, Andrew enjoys spending time with his wife, Haleigh whom he married in 2018, hanging out with friends, hiking, or doing anything that involves baseball. Whether it's watching baseball, playing baseball, or winning his many fantasy baseball leagues, baseball is always on the mind. 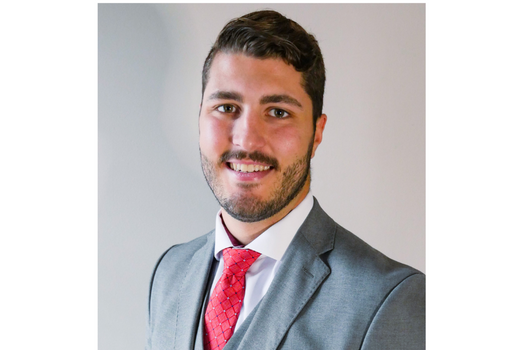 Austin was raised in Gray Summit, Missouri. He attended Pacific High School where he graduated in 2014.  After high school Austin moved on to continue his education at Northern Illinois University, located in DeKalb, Illinois. At Northern Illinois Austin was member for the Wrestling Team until an injury ended his career.

Austin graduated from Northern Illinois in December 2017 with a Bachelor of Science in Media Communications and has been with Resource One Advisors LLC since June 2015.  He has his Life, Accident & Health license, is series 7 & series 66 licensed held through LPL Financial, and is an investment advisory representative (IAR) with LPL Financial.

When Austin is not at work helping clients with their financial needs you can find him coaching the Pacific H.S. wrestling team, supporting NIU athletics, and spending time with friends and family. 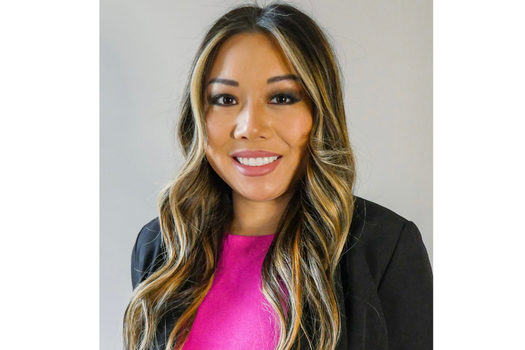 Danielle grew up in St. Charles, Missouri and attended Lindenwood University where she obtained her degree in Business Administration with concentrations in both finance and marketing. While in college, Danielle co-founded the university’s first-ever investment club and served as a member of the Delta Zeta sorority.

Danielle has always had a keen eye for finance; she found inspiration in watching her grandfather dedicate his time to his financial planning practice. In 2017, Danielle joined the team at Resource One Advisors. She is very passionate about guiding and supporting clients through their financial planning journey.

Outside of the office, Danielle enjoys traveling to explore new cities around the country and stays active through skiing and golfing.

Danielle is life, accident, & health and series 7 & 66 licensed held through LPL Financial and is an investment advisory representative (IAR) with LPL Financial. 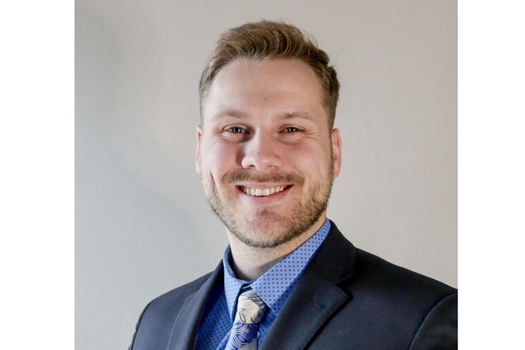 Nate was born in Cincinnati, Ohio but later moved to Wildwood, Missouri at a young age. Growing up in Wildwood, he graduated from Lafayette High School in 2014. After high school, Nate attended the United States Navy Academy and was a member of the Men’s Basketball team. In 2016, he transferred to Truman State University, located in Kirksville, Missouri.

While attending Truman, Nate continued his basketball career, was a leader for Truman’s Fellowship of Christian Athletes, and volunteered in the Kid’s Ministry at his local church. He finished his time at Truman in 2019 with a degree in Business Administration with a concentration in Business Management.

Nate started his career in financial services at TD Ameritrade, and has now been with Resource One Advisors since November 2020. He has his life, accident and health license, is series 7 & 66 licensed held through LPL Financial, and is an investment advisory representative (IAR) with LPL Financial.

When away from the office, Nate enjoys spending his free time with friends and family. He never strays too far away from his love for basketball either, as he continues to train athletes at all levels to improve their game. 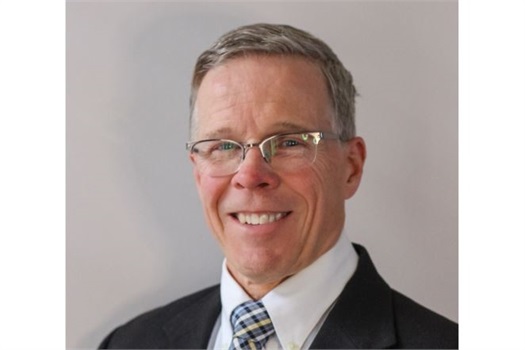 David grew up in Chesterfield MO and graduated Valedictorian from Lafayette High School in 1975.  He continued his education at Southeast MO State University graduating Summa Cum Laude with majors in Accounting and Management and then obtained an MBA from the University of MO.  He married Karen in 1985 and is blessed with two awesome children---Emily and Jonathan. David began providing financial advisory services for clients in 2009 with a focus on educators.  David has his Series 7 and Series 66 and 63 securities licenses held through LPL Financial, is a Investment Adviser Representative (IAR) with LPL Financial, and Certified Public Accountant, with a Personal Financial Specialist  (PFS) designation.  He also has served as the Chief Executive Officer of the Voluntary Interdistrict Choice Corporation (VICC) since November, 2009.  From 1996-2009 he was the Chief Financial Officer and Treasurer of the Rockwood School District, Missouri’s third largest school district.  He was the Associate Superintendent-Finance at Francis Howell School District during the prior five years. Before that time he worked in private industry as a Vice-President at Citicorp and Manager at Price Waterhouse. While serving as the Chief Financial Officer at Rockwood, he oversaw a total budget of over $275 million, an operating budget of over $200 million and payroll for approximately 4,500 employees. 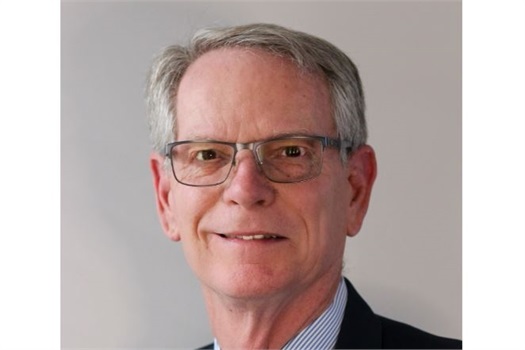 Paul has been in the financial services industry since 1984, serving clients in various capacities from investments, insurance, business and estate planning.  Upon graduation from Purdue University in 1975 with a PhD in chemistry, he served on the faculty at McKendree University, leaving in 1985 as Chair of the Division of Science and Mathematics.  Today, Paul serves on the Board of Trustees at McKendree University, Metro East Board of Fellowship of Christian Athletes and various committees at his church.

He is married to Carol, has a son and daughter along with three grandsons and resides in Shiloh, Illinois.  Hobbies include an interest in time pieces, travel and reading. 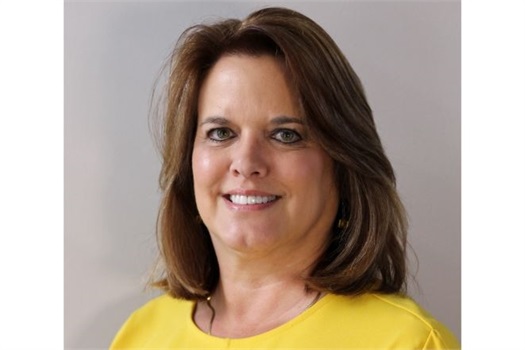 Kelly spent her early childhood in Indiana, moved to Tennessee where she graduated high school, then in 1984 she moved to Missouri where she received a Business Administration-Marketing degree from Saint Louis University.  Kelly married her husband John in 1989 and they have two daughters Courtney and Ashley (Austin).

In 1985 she began working as an administrative assistant to John Brooks/president of Resource One Advisors LLC.  Currently, as Director of Operations she brings 30+ years of knowledge of client service, business processing, and experience of what it takes to run a successful business.

Kelly has her Life, Accident, and Health License, holds her Series 6 and 63 with LPL Financial, and she is a notary republic. When she is not at the office Kelly enjoys gardening, volleyball, and making jewelry.